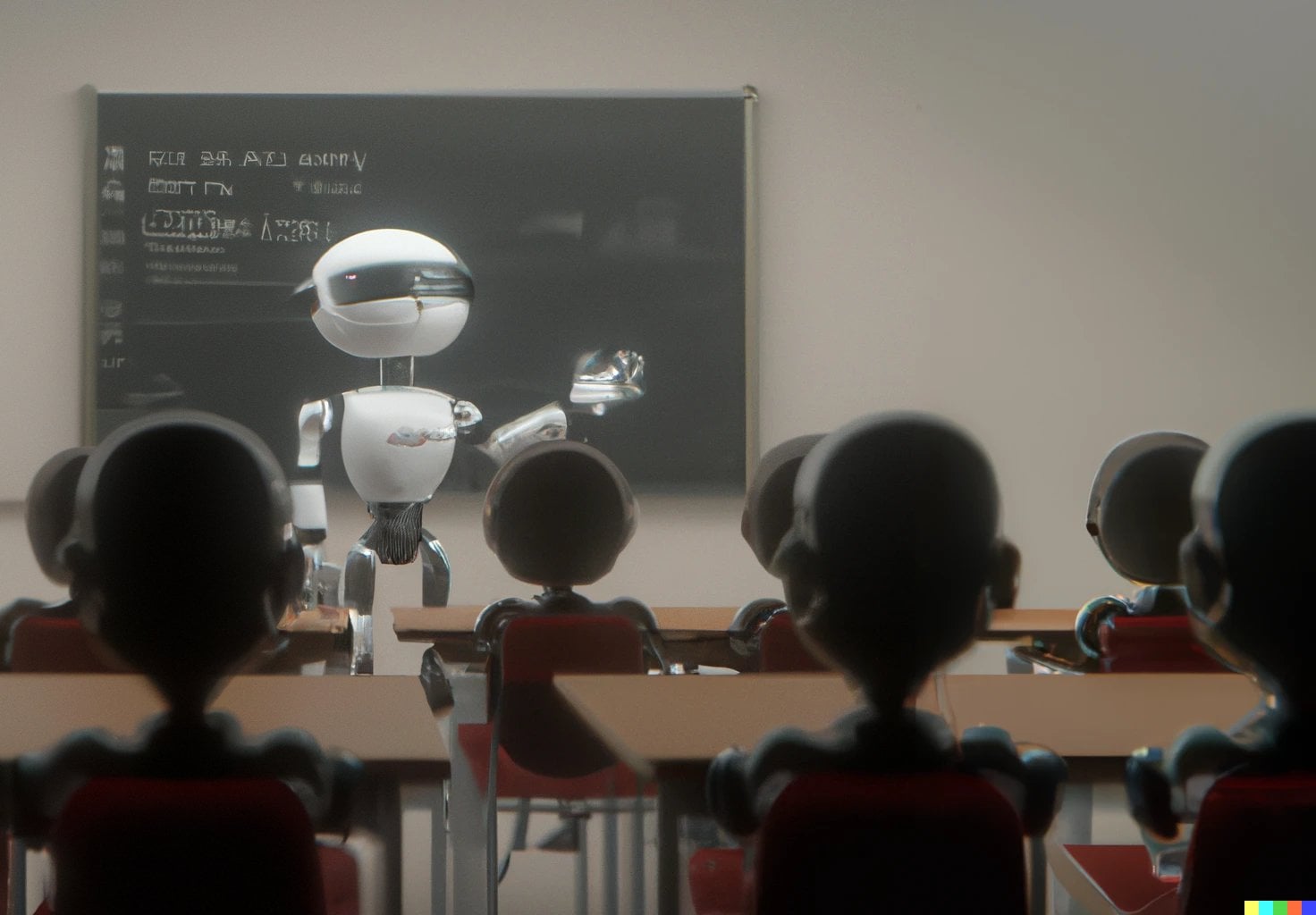 “Causing a number of students to lose their Loughlin Scholarships”

My college English classes had final essays written in person with a pencil. That was only 21 years ago

Of course they did, the world is not going back.

The students who submitted unedited ChatGPT are amongst the biggest idiots in the world. Do they not know that degrees can be revoked after they’ve been handed out? There’s no “statute of limitations” for academic misconduct. It’s not like you’ve gotten away with it if they give you a grade back today.

Analysis methods already exist to detect use of ChatGPT and they are only going to get better in response to this widespread cheating, and you bet you’re ass they are going to be testing and re-testing this years essays.

Who measures things in scores besides Abe Lincoln?

And before chatGPT, scores of Stanford students probably cheated on their exams and plagiarized essays.

People cheat because our society values degrees more than knowledge.

That’s the real problem we need to fix.

Welcome to the past, where you will do old school hours-long exams with nothing allowed on the table except a pen and paper. You had it nicer, but you broke it.

They should make all tests open book. In life, you will never memorize shit, your work will be about how you use your resources.

I don’t get the big deal. Just bar phones and laptops from classrooms during exams. And any other devices. And get rid of essays except for ones in class.

Can’t professors ask ChatGPT if the exam responses were written by ChatGPT?

Why are the smarts doing the stupid?

There are smarter ways to cheat on an essay using chatgpt than just write my essay pls mr. magic bot. You can have it give you a template for your essay… explain what your essay should be about… you can ask it what do I need to include in order to write an essay about _____ you could have it spit you out a rough draft that you then take the ideas from and build into your own paper.

With ChatGPT possibilities are endless, just gotta try a little.

>Of those 17%, a majority reported using the AI only for brainstorming and outlining

“Only” is doing heavy lifting.

Brainstorming and outlining are some of the most important ways to exercise and challenge your brain. If you can’t even manage that much, then you’re really missing out on any real critical or creative thought.

Sad, but maybe you should prevent students from cheating?

Lol they were already cheating it was just made easier.

I’ve spent some time with ChatGPT and been thoroughly unimpressed with it as an academic tool of this nature. The quality and depth of its responses wouldn’t get a passing grade for my 15 year old. I’m puzzled as to how students at Stanford are using it. I must be giving it the wrong kinds of questions.

It’s texting the answers all over again

I said it before and I’ll keep saying it: humanity will have a bad time if we delegate thinking to the machines.

What I want to know:

*Scores of Stanford students* WHICH *used ChatGPT on final exams*

>Yeah. I would not be surprised if ChatGPT manages to succeed where all the other virtual assistants have failed to excel. **We could all have our personal ChatGPT-bot, eventually.**

“The year is 20XX. The Internet has become integrated with almost every piece of electronic equipment, from TVs to ovens. **In fact, it’s become so complicated that special programs called Internet Navigators (NetNavis for short) are used to efficiently process all of the data.** NetNavis are stored in hand-held devices called PErsonal Terminals (PETs). These devices act as phones, pagers, instant messengers, news beams, and hacking devices all rolled into one.”

It’s sad seeing people abuse their education like that. I want to go to college but have a had time doing so.

People who cheat in school only short change themselves. It should still be sought out and penalized, but at the end of the day most people can’t fake it for long in industry. When your skills are on display 8+ hours a day five days a week, it’s difficult to pretend you know what you’re doing.

Well that’s what you get for having your parents buy you in.

This confirms my assumption that the majority of people who use ChatGPT to do their work aren’t particularly ingenious or sophisticated in their approach to doing so. Because they are too lazy to the work normally. Or have been disincentivized in other ways.

Sweet lord. I’d love to explore what ChatGPT can do but I have absolutely no idea how to use it.

Well – I had a grad course in solid state many years ago, and it was taught by a UK-raised professor. He had exams that were very UK like: Explain a topic fully, include essential derivations. Using that topic explain this physical phenomena (aka pose the key questions and solve them). It was open book and notes.

Also in grad school, we had oral portion of quals. Essentially explain how we would go about certain 1st year grad school problems amongst a range of topics – usually ones you were known to be less steady in already…

Main point: chatGPT would not have helped in either case. Perhaps in some future mode, chatGPT would have been good as prep guidance – I could have seen it helping me “outline” certain areas to study – maybe helpful in formulating study outlines of topic areas.

1. `Review the basic postulates of quantum mechanics, including wave-particle duality, superposition, and uncertainty principle.`
2. `Understand the time-independent Schrödinger equation and its solutions for various potentials, such as the infinite square well and the harmonic oscillator.`
3. `Learn about wave packets and the wave-packet scattering theory, which describes the scattering of a localized wave packet off a potential.`
4. `Study the partial wave expansion, which describes the scattering of a wave with a given angular momentum.`
5. `Learn about the Born approximation, which describes the probability of scattering in terms of the potential and the wave function of the initial state.`
6. `Review the properties of scattering amplitudes and cross sections, and how they are related to the probabilities of scattering.`
7. `Understand the concept of resonances in scattering, and how they can be described using the Breit-Wigner formula.`
8. `Study the scattering of spin-1/2 particles, and learn about the spin-orbit interaction and its effects on scattering.`
9. `Review the theory of time-dependent scattering and the time-dependent Schrödinger equation.`
10. `Practice solving simple scattering problems through exercises and problem sets.`

`Note: This is a high-level overview of a complex subject and this is not an exhaustive list. It is important to consult a textbook or a course that covers the material in more detail.`

0
Reply
PrevPreviousOct. 16th 2020 BTC was at ~$11.4K and a new bull run was starting. Here’s how crypto has performed since the beginning of the 2020/2021 bull run.
NextThese 8 Programming Languages Are Running the Crypto – Solidity, Go, Rust, C++, Ruby, Erlang, Python and VyperNext

I know I am out of touch. But What, wow, ah, holey poopoo!! I just found out the bitcoin foundation has been defunct in its